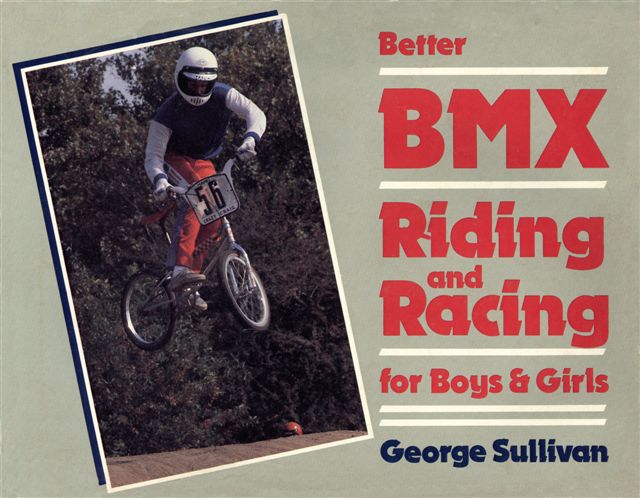 Back when I raced and announced at Braddock BMX in North Bergen NJ, there was a racer who stood out in my mind that was a bundle of BMX enthusiasm…Craig Wilson. He caught up with the site not too long ago and has even decided to return to the track this spring.
With guys that have this kind of love and experience for BMX returning to racing, great things are about to happen in NJ…
Yeeehaaa! Here’s Craig…

How did you get into racing? What was it that got the itch to race
going in ya?
There are a few different reasons I think got me into racing, but first I have
to thank my two older brothers who would tear down and re-build“junk”
pre/early BMX bikes and dad for letting us have such a huge pile in our basement.
If we tweaked something, we just grabbed a replacement off another wreck. And
man, we had some early classics, just didn’t know it, but that was the
mid-late ’70s. We could’ve opened a bike shop in that basement.
We’d jump them off wood ramps and loading docks until we broke something
(or us!).

Any chance we’ll see you back on the track in the near future?
Yes. I hope at the Jack Frost. I have to drop some weight (I am heavier than
I look) but the bike is ready and dialed in. I caught some decent air and style
the other day, it felt great!!
Final thoughts, or thank you’s?
Thank you for this site man, it rocks, but its gonna be up to everyone out
there to make this a place for EVERYONE. Remember, we want to attract NEW riders
of all ages, so don’t dis the new guy, at the track or online, if he’s
not hip to everything. Not everyone is gonna be hardcore. Every kid knows somebody
that wants to ride or race, so we gotta make sure NJ BMX is a positive experience
for everyone so they’ll tell their friends!!
Thank you God for putting me on this earth. Christine, I love you and I am
a better man because of you. Thanks to mom & dad for taking me to all the
early races. I also want to thank every one I ever rode with or raced against
(that includes you Brett!) BMX & New Jersey. Perfect Together!