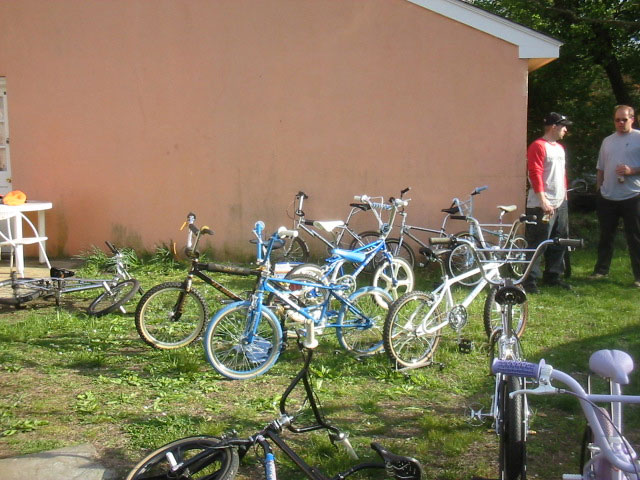 Well, it went down on May 7th, just as planned.  Dee and I were able to get the grill going and the party started!  Even though the turnout was a little light this year, I’pretty sure that our next gathering will be a pretty biggun!  George Hoernig has said that his homestead can be used, which has a mini-ramp located there. We should be full on rocking next year!  Lots of 80’s BMX and freestyle bikes were seen wandering the streets of Pt that day and it was quite a blast seeing all the guys from VintageBMX.com there.  Only one casualty occured and we’ll just leave it at that!  Till next year…keep the rust off those old things! Later..Brett