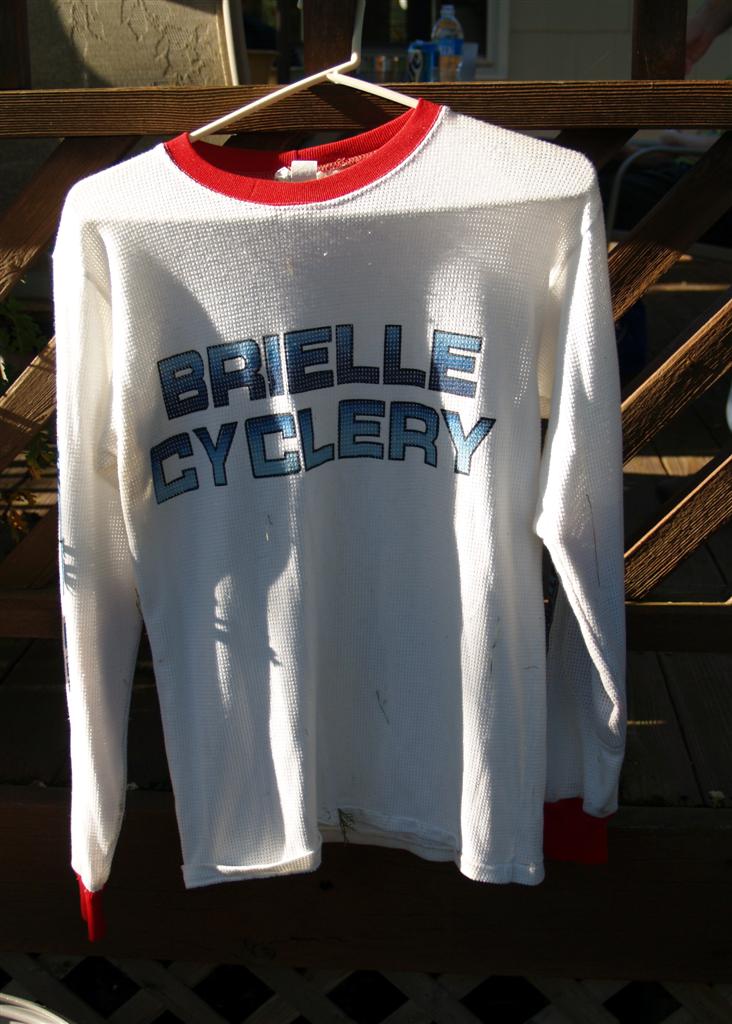 Nothing says fall like chilling in someone’s backyard with some dogs, burgers and bunch of nostalgic BMX buffs surrounded by mass quantities of OS BMX bikes, race
and freestyle.

Since I haven’t been to one of these OS get togethers since my own in Point Pleasant NJ back in 2005, I had no idea what to expect upon my arrival, so I loaded up some old zines, Total BMX mags and trucked my butt over to Brian Biel’s house in Jackson NJ for a hoe down with a bunch of other middle aged BMX dudes (and dudettes, yes amazingly enough wives and girlfriends will actually hang with old guys who love BMX) and to B.S. about the good times we had doing the BMX thing.

I got there a just around 3:00 pm to see an old school Bicycle World load of BMX bikes sitting there, a good 15- 20 guys milling about, good food on the BBQ and a bunch of pumpkins chilling on a sign up table. It was obvious that times had changed since my 2005 initiation into this form of
BMX love. I pulled out the old zines and mags, grabbed a name badge in case anyone was wondering what the David Hassellhoff looking guy was doing there and proceeded to wander about the yard taking in all the early days of BMX aura.

Many of the guys I see on the message boards were chilling and shooting the BMX verbage, OldSkoolPK, (one of the dudes I
remembered from the get together in ’05), Bryan P, creator of the legendary Summer Slam at his house, Lee Boorse from a whole passle of BMX sites, Charlie Palladino, a fresh recruit from the old school era of freestyle, a young dude who’s name I forget but who showed up with the only old school Schwinn Stingray and won the Early Race category, and even Matt from the old Phil and Marc Hough comp days who reminded me that I wasn’t always so…well kept in the hair department, LOL.

Bryan had set up a nice chill atmosphere for everyone to come out and have a great time and remember all the great things about BMX that make it such a prominent thing in all our minds. He also set up a little comp with pumpkin prizes for several classes of the bikes that were there from race to freestyle survivor.  Some highlights were Matt winning in the freestyle division with the same bike he still rides everyday. Lee getting first place for race survivor with the Skyway TA and the hosts pic of “favorite at the BBQ” which was a surviving Kuwahara race bike complete with all the rust
that a bike would have from being over 25 years old.

It was reallly a great day of a bunch of guys getting together to discuss the love they all have for something that they not only grew up doing but by being the the first generation of guys doing it, they acutally helped create. New contacts and friends were made and there is already plans for more BBQ’s and get together rides for next year.If you ever get a chance to attend one of these
Old School BBQ’s whether you’re a new schooler who just started riding or a old school guy with 20+ years of history in the sport, head on out and have a good time. Props to Bryan and his wife for being such great hosts to all the BMXers and their families, see ya next time, B.