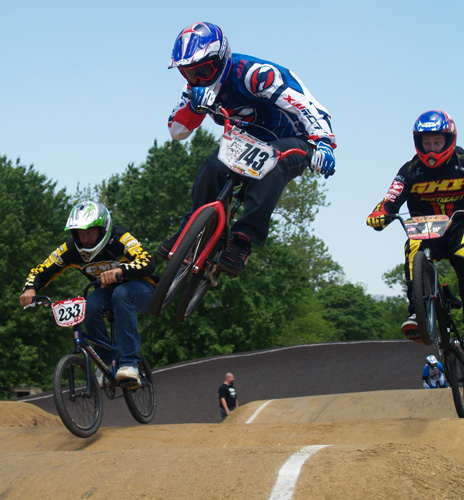 “Pottstown BMX has expressed interest in joining the NJ NBL State Series” Future Asst. State Commissioner “Vanuch” Vinnie Mannino dropped on us unsuspecting BMXonauts late last year in a State Meeting. A lot of the guys were like jeesh, well…yea we heed and hawed but in typical Vanuch fashion he made some good points and after everyone visited the track last year at the regional it was obvious. Let’s bring this crew into the State, they have that fresh enthusiasm and fire needed to bring BMX racing back into the limelight. Since it seems that this is gonna set the tone for a new era in BMX for this area, this time out for a report b.s.net is gonna give you a rundown on the feel of the weekend instead of your typical, this guy or gal won this or that. BMX racing has a definite different lifestyle compared to BMX freestyle and I feel it’s time to bring this out into the open. The highlights of stuff off the track that makes trips to events like a State race memorable. So… to finish off this intro welcome to NJ, ya keystone maniacs, the last time we had some guy from PA helping us it was Charlie Huber and a lot of the guys remember that as a good time. So here’s to the…second coming of PA.