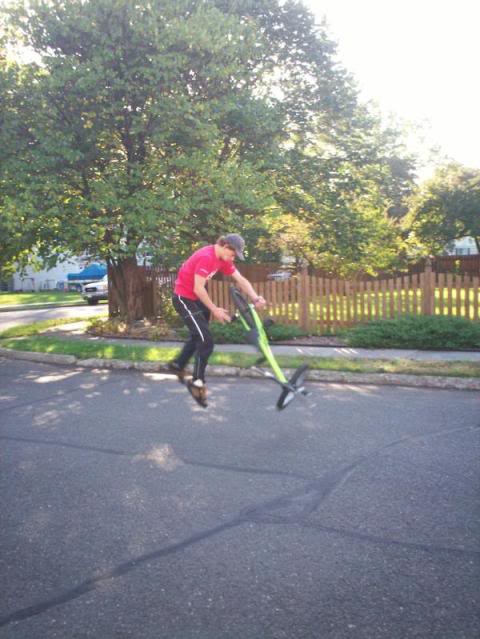 So basically it’s been probably more than a month since I’ve posted on the site. I’ve been extremely busy with work and school. Not so much riding though. I probably ride about an hour each Sunday and that’s it. It isn’t fun. This picture below is very old. I’m thinking 2006 it was taken, when I was 17 and had long hair. I must’ve tried that trick four hundred times that day. I actually had a full rotation of the bike and landed on the pegs, but the impact made me fly backwards. That’s when I called it quits. Because of school, work, my girlfriend, and the horrible NJ weather, I haven’t been progressing and have been stuck in a rut. However, I have managed to learn some different switches and other miscellaneous switches, jumps, and positions with other tricks this past Winter. Now that Spring is here, and school is winding down, I think, I hope, I will, land this trick you see here. I don’t care if my I break both my ankles. I’m landing it before I go back to school this coming fall. I am also quitting my job sometime in May. I am looking to work in a bike shop, obviously because I love bikes. I don’t know where I can get a job though. I haven’t really done much research, I’m too busy studying about respiration and why George Bush talked so slow. Ah, this sucks. Anyway, my idea is that, if I quit my job and get a job working with bikes, I will be much more motivated to go ride and land this trick. So wish me luck, because I might be in the hospital for trying this trick so much. No more videos either coming from me. Well, not for a long time. I just want to progress and stop worrying about the filming. It’s a bike, and that’s all I care about. 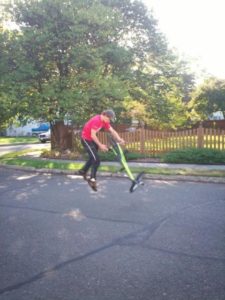