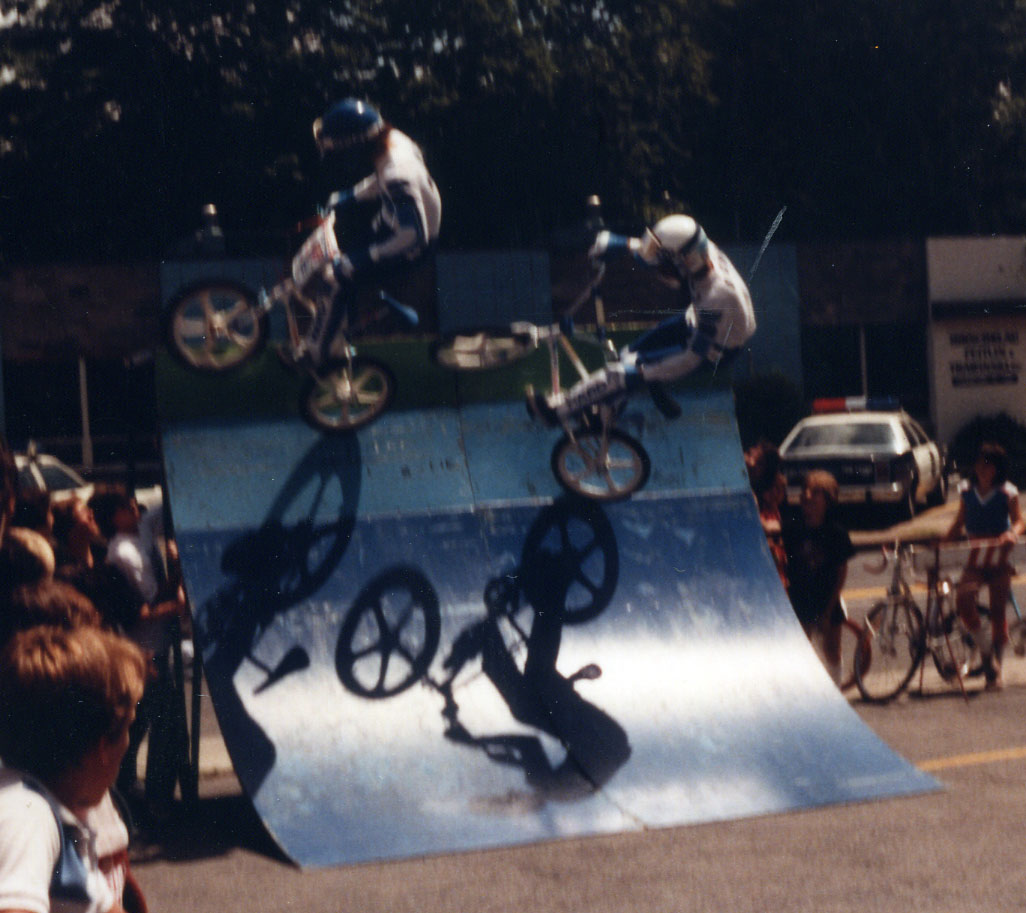 The year again was 1984. Freestyle was exploding in the USA and the summers were filled with touring teams. Besides BMX Action, the other big one at that time was the Haro Freestyle Team. Originally this tour was to be Ron Wilton and Bob Haro but Bob had reinjured his knee that spring and decided it was time to think about hanging up the pedals. His replacement was Rich Sigur, a pipeline local. The tricks were by todays standards very basic but these guys lit the fire in all of us to go out there and get promoting BMX freestyle. Amber Cyclery where the team stopped was also a heavy contributor to the racing scene at that time doing a lot for Braddock BMX in North Bergen NJ.