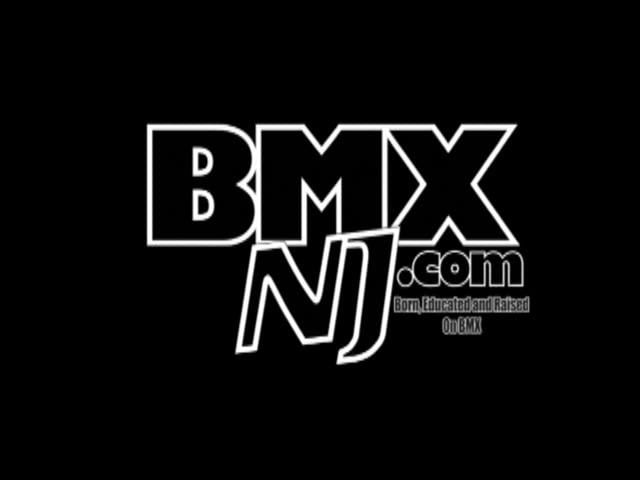 Whew man! Can ya believe it?! Another year has flown by us in NJ for BMXin’. Seems only yesterday that the premiere issue of BMXNJ magazine was happening and we were looking forward to Jump For Joy’s 16th Anniversary. Now here we are at the end of another 365 days of BMX and it has been nuts this year in New Jersey once again.

Shields has kept plugging away at the contest scene in NJ while Hackettstown Skatepark has shut down. The trio of trick riding radness Mike Wilson, Rodney Morweiser and Ralph Sinisi celebrated Grove Street Bicycyles first anniversary in Jersey City NJ, while the oldest BMX shop in NJ, Ed’s Bike Shop, held their second annual “Ed’s Games” to a huge crowd. Steve Wisbeski held two BIG Jump For Joys, one at his house and the other at Hackettstown, RIP. Even though Hackettstown is gone they have the distinction of being the first skatepark in NJ to hold a dirt jumping contest. Mud N Grub was the first of its kind in the state and will always be remembered as a good time for everyone. NJ also sent THREE riders to the Gatorade Free Flow Finals in Utah. Garret Reynolds dropped to #2 in the Dew Tour Standings but kept NJ in the spotlight all year with his original style and speed that rivals most racers. CJS did up Perth Amboy again. JPR bikes came onto the scene with a fall street comp and Extremz Bike Shop started pulling together a scene in Woodbridge.

Flatland continued its big comeback this year as well. After a rough start with a jam in Asbury early in the year, Louis Orth put the pressure on and we had two little jams go down in Brick at BMXNJ HQ this fall, without even considering all the jams up at Sayreville.

2010 also saw NJ open its first Pump Track in Alexandria Township. Thanks to Bob Adase, JORBA and his crew of dedicated MTB riders the promise of what Lumberton BMX practice track could have been came to fruition in the hills of Huntredon County. This track is a huge milestone for the state and will definitely be a positive influence for BMX in NJ. Big props to JORBA and the MTB crew!!

So what will 2011 bring? Well word is going around that a group of dedicated people are already at work up in NNJ planning for a new ramp park so that Hacketts legacy lives on. Steve is looking for new venues for Jump For Joy. Flatland venues are being looked into for a full on comp. BMXNJ Magazine will continue on with issue 4 coming together for spring of 2011.  Ed’s Games will be going on 3 years running now, so that should be bigger than ever.

What’s BMXNJ gonna be up to? Well as usual we’ll be hitting the comps and jams we hear about to cover the riders we give a shite about. There will be more episodes of brokenspokes, including interviews with guys like Ed Abbott and the Grove Street instigators Mike and Rodney. There will be more issues of BMXNJ Magazine with more contributions from more of NJ’s great creative talent. Along the way BMXNJ also hopes to hold a few BBQ’s and maybe even the aforementioned flatland comp. So…lot’s going on.

So to wrap it up, Happy Holidays and Happy New Year from me and Chrissy here. We hope everyone is enjoying what we have going on here with the attempt to unite the NJ BMX scene and make everyone aware of what is going on with BMX in NJ as a whole. It’s a densely populated BMX state, dontcha know?!

Ride On! Mugs and Muggettes!