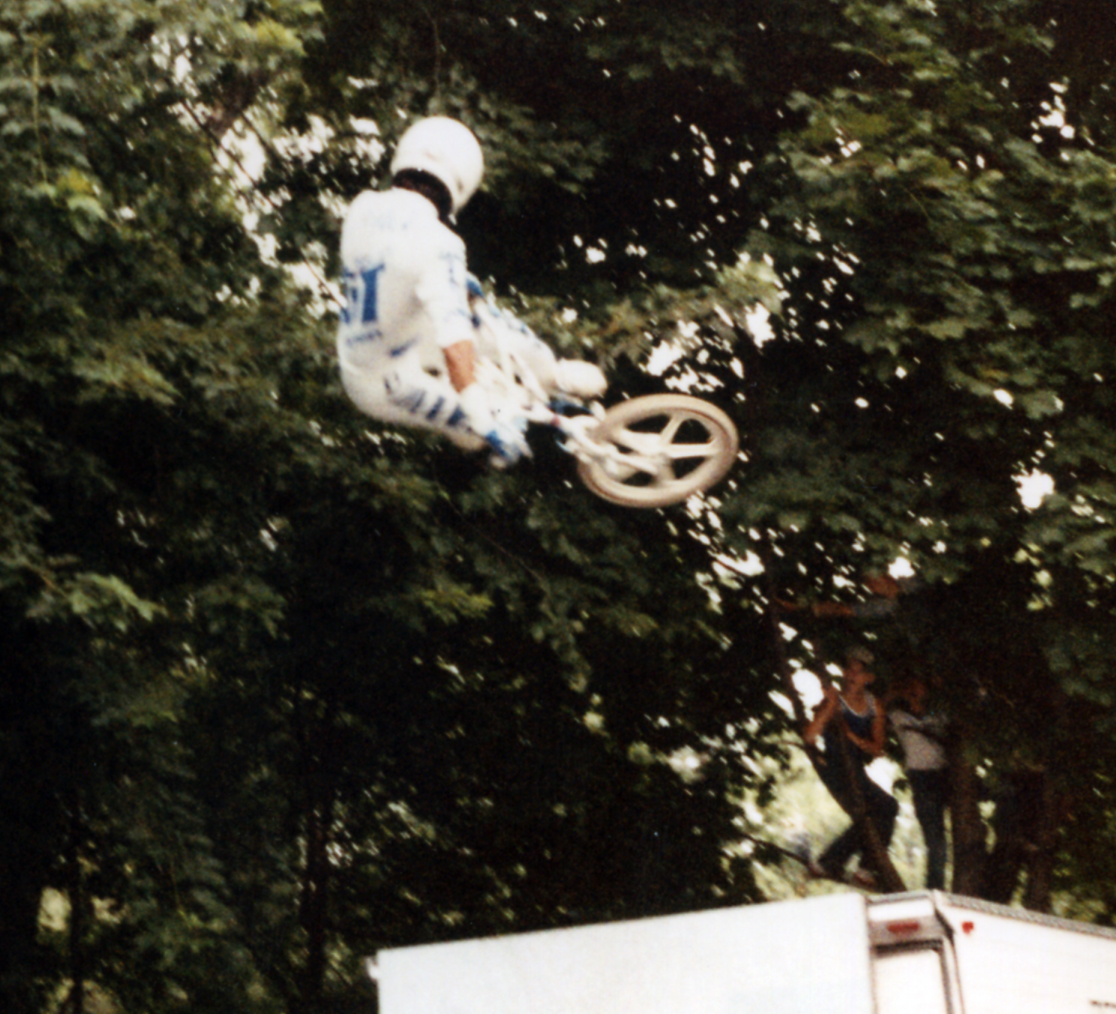 Yea… 1984 was a busy year for freestyle teams and also for this particular shop. The GT Team this The King Eddie Fiolayear consisted of 4 riders and they were all here in August of that year. This was my first time ever seeing guys like Eddie Fiola and Ron Wilkerson ride in person and it was pretty insane. The ramp that they traveled with seemed pretty nuts too as it was way tall and way skinny for it’s time but these guys were killing it on there. The other guys on the tour were Rich Avella and Dave Breed. Rich of course was Ron’s teammate and Dave Breed was GT’s flatland guy at the time. Dave was a dang good flatlander but he faded from the scene for some reason after 1985. But anyway these are a few shots from that piece of BMX freestyle history in NJ. It would be another 4 years before New Jersey would host one of the biggest freestyle contests ever and these shows are where the roots of all that mania began.