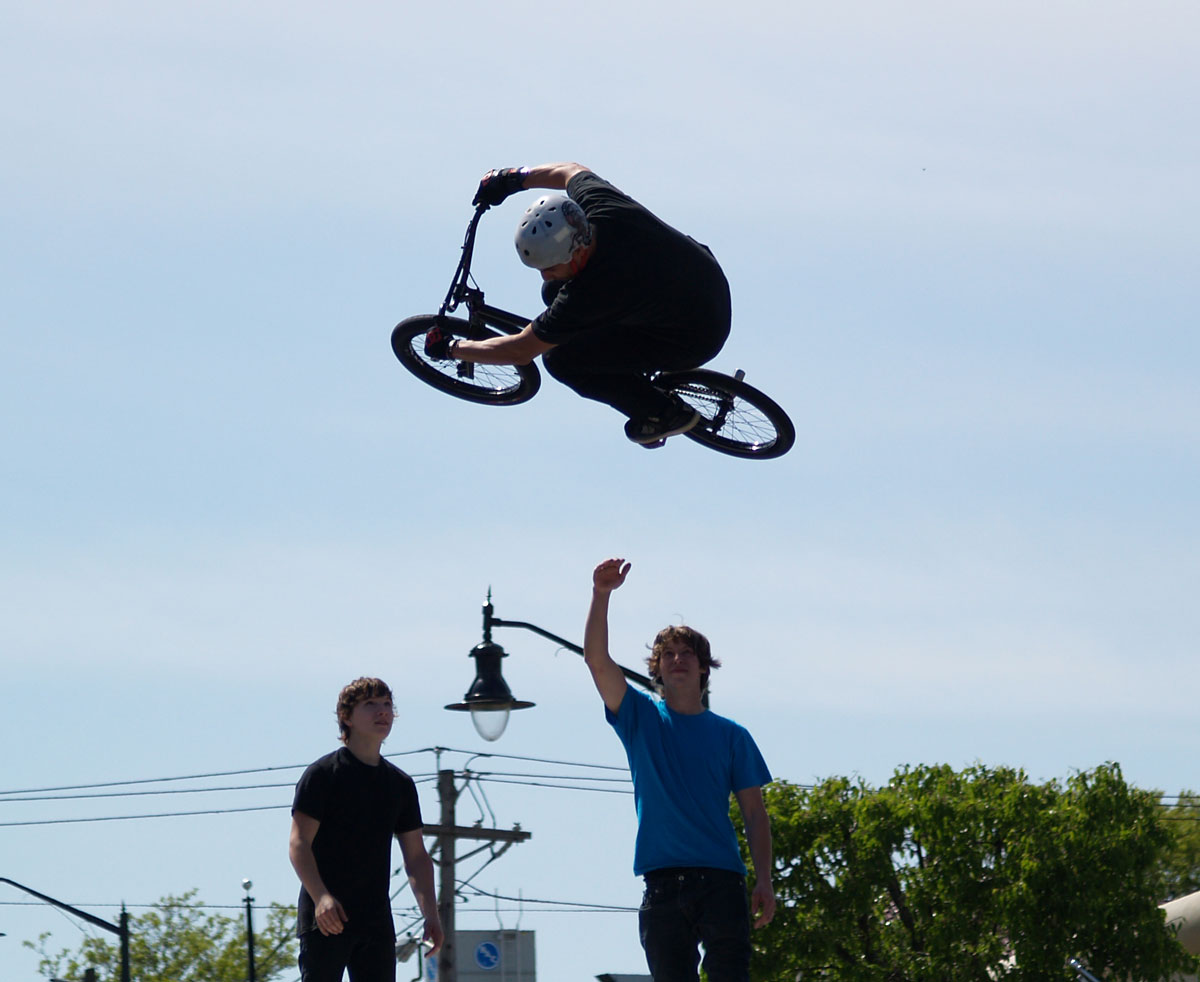 Got late word earlier this week that down in the home of the every infamous and now prematurely gone Woodbridge Trails, Woodbridge, NJ that Extremz Bike Shop was pulling in the GT Air Show for a day of BMX insanity in downtown! (Man…I should get an award for the length of that run on sentence…) The head dude of Extremz, Rob Larsen, for the second year brought in some big talent to shred the streets of the ‘bridge and show the local towns folk BMX freestyle up close and personal. It was a mondo killer day with temps in the upper 60’s to keep the BMXers at just the right temperature to percolate some bonzo maneuvers. Bo Wade (owner of the team) did most of the announcing duties as well as ripping up the flatland during the show. Bo knows… how to ride and rip the crowd up into a maniacal frenzy and has been around for a loooong time. Jorge Joval and Jeremiah Smith busted out big airs like fronties, flairs, invert flairs, super man seat grabs and tons of tech tricks which had the crowd on their feet and losing their minds. Extremz also invited out some of the local rippers like Gary Nilsson, Mikey Almodovar, Nick Seabasty, Mike Kleissler, and Billy K, who helped out with the pre show warm ups and were getting the crowd prepped for the craziness that ensued throughout the day. Rob and the Extremz crew is totally committed to cycling and BMX in the area so expect to see lots more stuff from these guys in the future. Word is that they are planning an event at Woodbridge ramp park with a bunch of local pro riders. Psyched! Support the guys who support BMX in your area. For more on Extremz check their Facebook  and homepage .