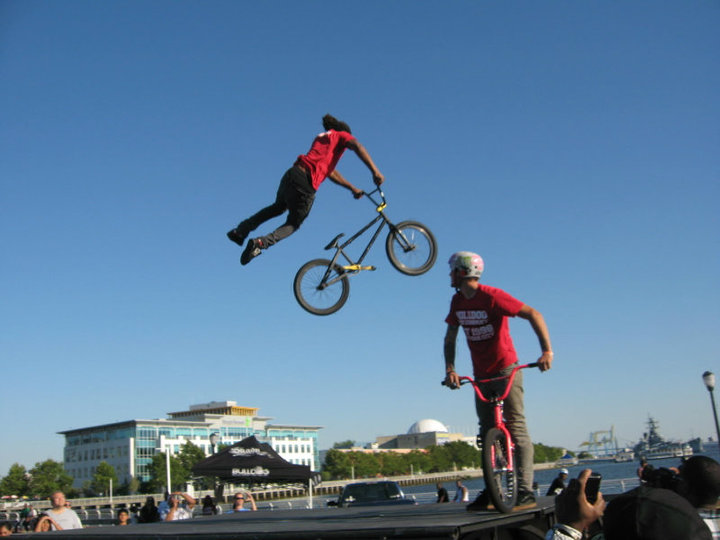 Although BMXNJ missed out on it, the Bulldog Team rolled into the Camden waterfront a couple weeks ago, July 3rd and threw down their Hybrid Tour 2010 in front of a massive crowd of spectators. Allen Semont, Chris Huges, Rob Deveaux, Mark Thompson, and flatland master Cooly brought the BMX to the city across from Philly and showed the steaming crowd just what it’s all about. Bulldog has been on the move lately and their team is throwing down all over the area. If you see them coming to your town be sure to get out and let your eyeballs soak them in. For more on Bulldog Bikes check these links Bulldog Official Site    Bulldog WordPress Site    Bulldog on the FB Plus…word has it that Jimmy Mac is a Jersey transplant… represent! (pics courtesy Bulldog Bikes: right- Bulldog Team, below l to r- Cooly, Mark Thompson and more of Cooly…hey! I like flat, what can I say)