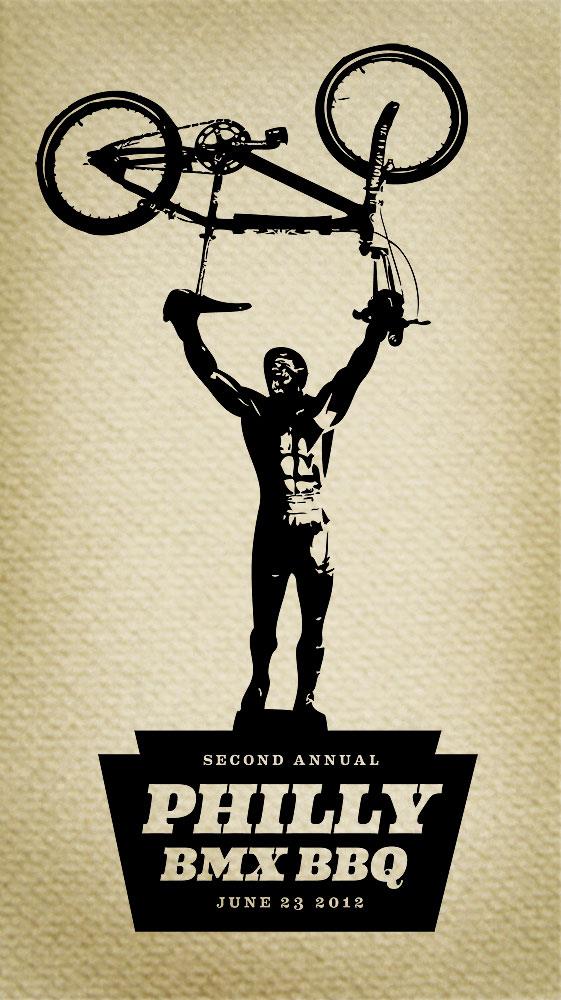 Aren’t you a little old for that kid’s bike? Yea, I’ve personally heard that question plenty of times in my years in BMX and if some of the people who asked me that were in Philadephia PA on June 23rd they would have gotten a pretty crazy answer. Helllllll nooooooo! Greg Provost once again went out of his way to put together a big Old School BMX gathering in Philly and he upped the craziness from last year. Tons of classes from 70’s and 80’s BMX and freestyle to retro rebuild cruisers. He even tossed in a bunnyhop contest to keep everyone honest that they still rode the bikes they grew up on.

I won’t go into a long winded diatribe about all the classic BMX stuff and great people that were at the event, I’ll save that for issue 8 of BMXNJ Magazine. For this installment of Britty talks BMX on the web we’ll just bang through the highlights.

Flatlandfox not only had a mint Haro Master he was rocking but was also tossing out the classic flat moves for those who wonder can the OM generation still rock it on the OS rides. Luis Garcia was lensing everything in site, had his patented smile in full effect and was a little bummed he didn’t have more money for stuff he was seeing! Carl Drexler rode…yes RODE, a mint TNT (the NJ built ones) to the show and proceeded to get a second place with it as well as the BMXNJ, most core riding dude no-prize, for being the man who always rides to every event. I should also mention the dude with the ONLY Diamond Back Silver Streak Woody Itson ride who won the freestyle division, E-Rock, was throwing down flat moves that would have made Mr. Itson proud to see his bike still being put to use. The main young dude of these get togethers is always Tim “Freedo” Wilson with his Mongoos Decade Pro that has been ridden like mad. Freedness was here again, having fun, getting loose and bunnyhopping 27″. Tim also rips apart cars in his spare time. Versatile.

There were so many great bikes, perfectly restored that it’d take up too much bandwidth to put it all down. Here’s the winners of some of the classes for those who didn’t make it to Philly…um, these are the nicknames of the owners, here we go:

thankx23: Best of Show in the cruiser class with a 24″ Hutch Trickstar

Greg got everyone together Saturday night for an after party ride…that turned into another party and then there was the big ride on Sunday down to the Rocky statue. If you ever get a chance to come out to the BBQ be sure to hang for the rides as they are even more fun than scoping the OS bikes. Which the older you get the more you realize that the whole reason you ever even through a leg over the BMX to begin with was to have a good time. At one point it may have been trophies, wining races, going pro, or learning new tricks but the underlying root motivation was…this BMX thing put a smile on your face.

Big thanks to Greg and all the guys who helped him make this event a reality. The roots of BMX will never be forgotten and only grow stronger with gents like the Philly OS BMX BBQ crew out there creating good times and great memories.

Ride on…for well, as long as ya can! LOL!

For all of the pics I have from the day, click on this har linkazino… Philly OS BMX BBQ 2012