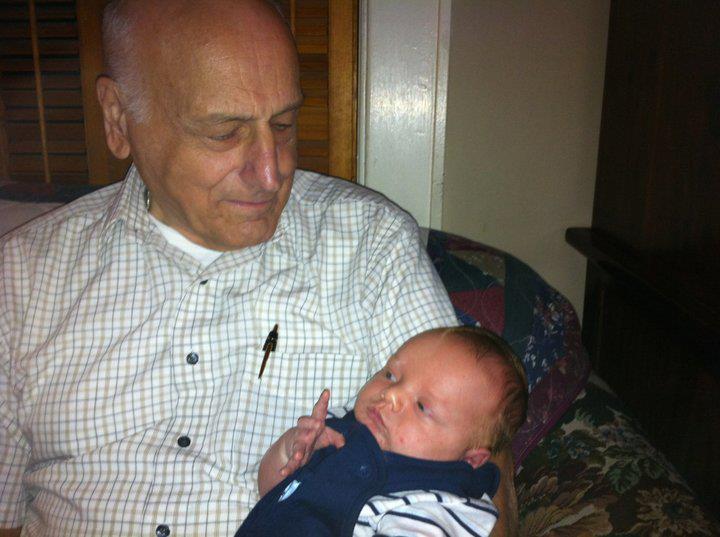 I received news this week from Rodney Morweiser that one of the people responsible for our involvement in bicycles themselves had passed away. The man was Cyrus Amato, the owner of Cy’s Cycle Center. It was a pretty horrible feeling knowing that a man who had helped so many kids on bikes had passed on to that big bike shop in the sky. I’m sure a lot of the readers of BMXNJ are asking themselves, “what’s the big deal about the passing of a bike shop owner?”

Actually…quite a lot. My first real “BMX type” bike a blue Schwinn Stingray came from his shop and Rodney himself was Cy’s mechanic for years, giving us both a bit of a step into the realm of the bicycling community. Realistically though, that could be said about any number of bike shop owners in the 70’s and 80’s.

Cy though, was a genuinely humble, good guy. More than a few times, I’d be in Dunellen before he moved the shop to Middlesex and needed a tool or a tightening on some part on my BMX bike and Cy would tighten the mug up, even if I didn’t buy the part there. He was always super courteous to his customers and the kids, he just went out of his way to be a good, small town, real deal, businessman. The kind of person who made a difference, without even realizing they were making a difference. One memory I vividly have of him was when Redline Flight Cranks first came out in the very early 80’s. Cy had a pair of those chrome beauties sitting in his case there at the shop and I would roll in there every couple days to check them out, drool, and make the ol’, “someday I’m gonna get those”, statements. Cy watched me and I guess sorta knew me well enough at that point, so he said, “if you really want them, I’ll let you take ’em, then you can pay me back in installments a little every week or so, just go ask your parents if it’s ok” Well, I bolted home like a maniac and my Mom and Pop were good enough to let me do it. So I got my lusted after flight cranks, (In today’s terms it would be like seeing the hottest new Cult component out there and just HAVING to have it, LOL) and learned a lesson in being trustworthy and paying back loans. …and yes, I paid the flights in full. Even back in about ’81 those things were close to $150 so you know it was a lot of money.

Several years later, even though BMX freestyle in our area at the time was a super small part of his business, Cy was able to negotiate my old freestyle team, High Voltage into doing a demo in Dunellen. It did absolutely nothing for his shop but he went out of his way to help us.

Over the years, I would lose touch with the old Cy’s Cycle Center shop, Rodney would  go on to become their main mechanic, and I would eventually learn that good hearted Cy had sold the business, putting an end to what had become a legendary everyday bike shop in our area. The man touched many lives.

It wasn’t until his passing that I started to wonder how old Cy was and when my own Mom called me to also relay the news I learned that Cy was the same age as her, 85. For some reason I never put Cy into the same generation of people as my parents but there he was part of the Greatest Generation. The news hit Rodney and myself pretty hard as here was a guy much like ourselves, an everyman who just shared his love for bicycles and made it his living. When people wonder why do I interview the shops, riders and everyone else around our local scene, it’s for this exact reason. We won’t be here forever and we need to preserve our history for the future generations.

Even though Cy wasn’t a BMX super shop, or a local BMX manufacturer, he made us local kids feel like we mattered and helped us learn life lessons that stay with us even to today.

This weekend when you are sitting there bumming because of the rain, raise a glass to the unsung guys like Cy who gave your old school brethren their first shot at knowing bicycles at all. Without them, we wouldn’t be sitting here today asking ourselves…when’s the warm weather coming back. 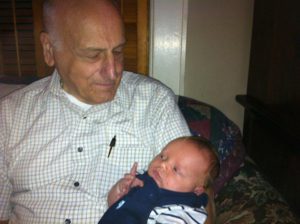