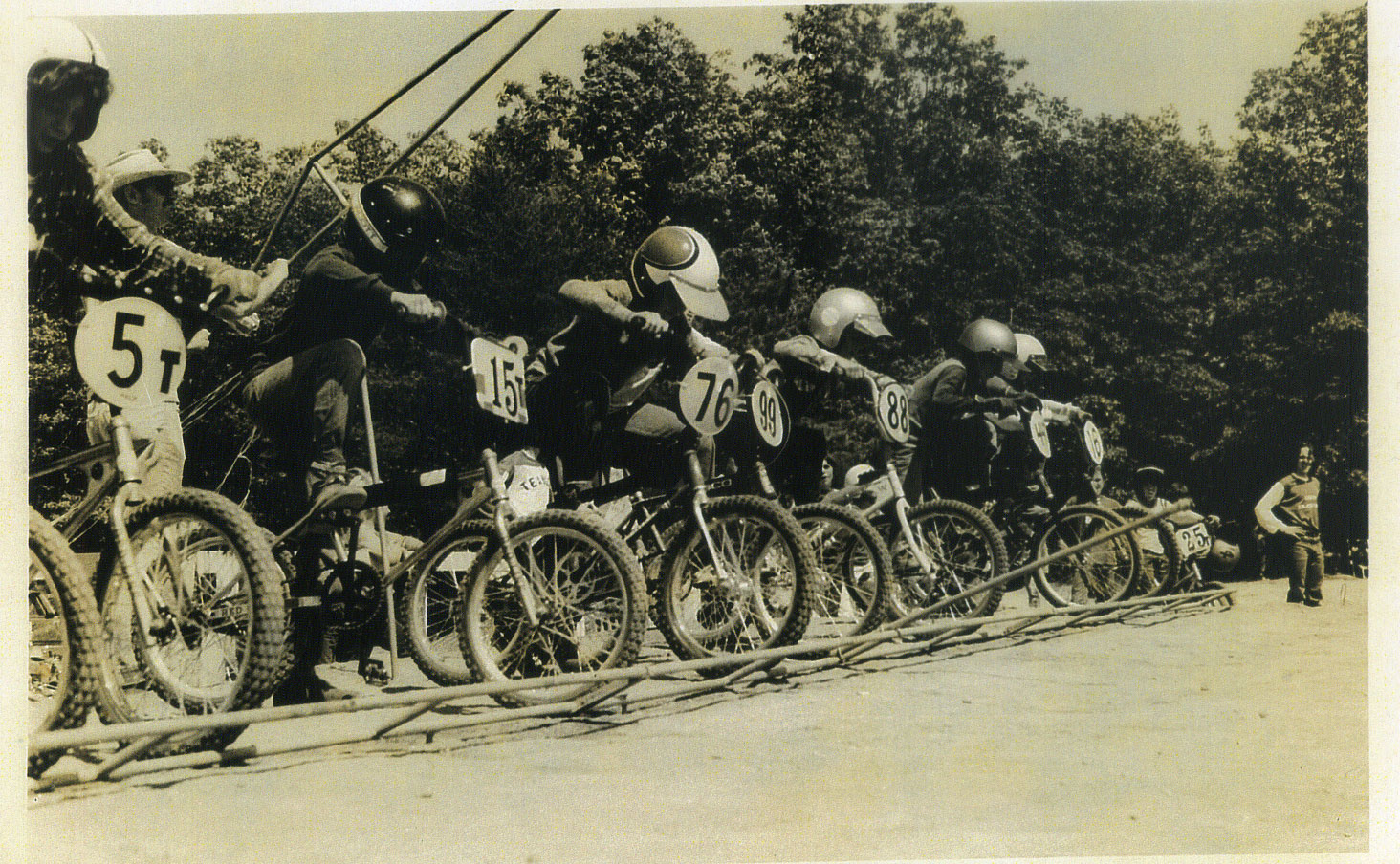 How far back do you go in BMX? The Hoffman era? Early 90’s? Bicycle World in the 80’s? If you can remember when there was only 1 track in the state of NJ and you had to hustle down to

Millville, NJ to race on it then you may remember seeing the black and yellow jersey of Ed’s Bike Shop Team way back then. As into BMX as Ed’s is now, he was a major contributor to the racing scene when BMX began right here in the 70’s. There are a few shots accompanying this article that you see below from the original Ed’s Team that tore up the track back then to Frank Orlindini (sp. fix from Dave Dechert!), contender for the now defunct NBA #1 title. There are even some shots of sidehack racing on a flat track. Crazy! So the next time you hear the term “old school”, realize the old school didn’t start with Hoffman, it began with some guys in the woods on their bikes in the 70’s in Millville, NJ. If you do remember the old times, you may want to hit up Ed’s in Vineland and reminisce.