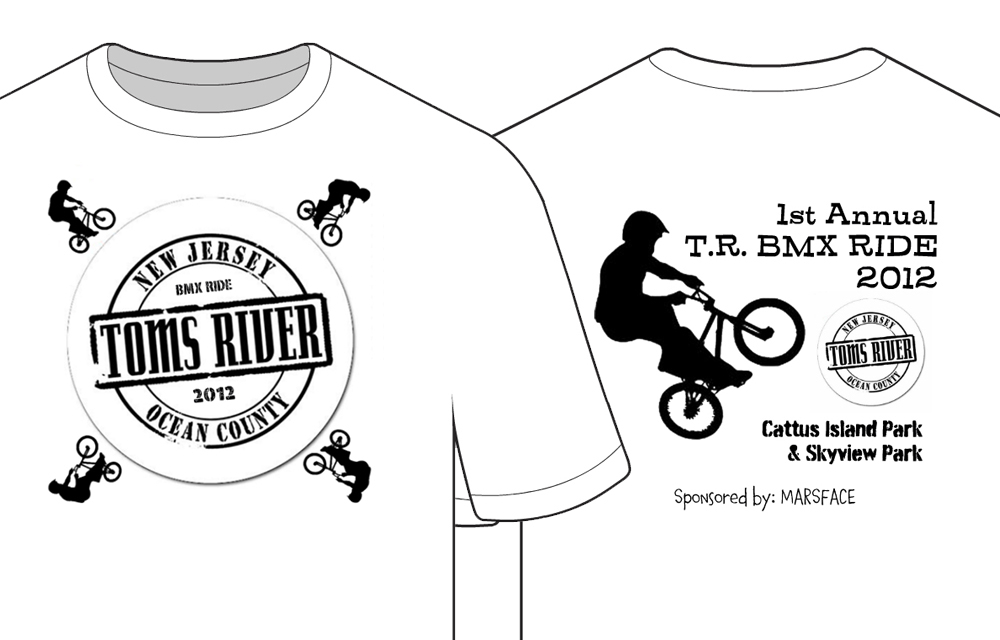 Old School BMX get togethers are becoming more and more common place every year. As the original guys who got on BMX bikes approach, gasp!, middle age they look back at what they did for fun as kids and what stands out like crazy? All those rad (yea rad, it’s old school but timeless, LOL) times spent hitting the track, jumps, ramps, flatland, or just tooling the neighborhood come screaming back and the idea to “get a bike like I had as a youngun'” comes flooding in. These gatherings are always an interesting time though because it’s not just the guys rediscovering BMX who are now hitting up these events but the mid school guys who stuck with it just out having a good time, young dudes who are just into restoring the bikes and having fun with something cool, and guys who just can’t ever leave the “BMX lifestyle”. I heard about this get together on the BMXMuseum.com board and was definitely down to check it out especially seeing that it was right down the road from BMXNJ HQ and organizer Marsface (Mike) had a little ride route set up to go from his place out to Cattus Island Park then over to the infamous Toms River Skyview Trails for fun. Seeing as how it was right around the corner I waited till later in the day to mosey over and scope out the party.

The party was at Mike’s homestead. It was really wild to roll up to a dude’s house and see nothing but BMX bikes and tables set up with all kinds of old school and mid school BMX parts lying about. The guys who attend these things are almost like the unofficial historians of BMX.

Mike went all out and got a bunch of trophies for a few classes he put together and let the attendees vote on their faves. Here’s the classes and their winners: Vintage- Keith D with a killer candy apple blue Mongoose that looked like it came off a bike shop floor that day, Old School-Keith D again with a white Vector BMX, Midschool was won by a dude who came with an Elf BMX, (you gotta really be a expert on BMX racing history to remember Elf), Cruiser was won by Hawk (who also happens to live down the road from BMXNJ HQ) with a 24″ Haro Master, New School was won by a little dude rocking a 12″ Cult bike, everyone said it was the orange rims, and the best Rider Rig was taken by Hackettman for a Thruster Tri-Power, NJ all day babay! (um for any new school kids who may read this, Thruster was a NJ based BMX company in the early 80’s that had THE race team.)

After the awards and the shoot the shite session, everyone got on their skoots and cruised out on the streets. It was pretty crazy seeing 20+ OS BMX riders bombing Fischer Boulevard in Toms River and I am sure more than one motorist was thinking “WTF is wrong with these ki….MEN?! on those bikes?!!” After cutting across traffic, we all stopped in the local McD’s with Surge trying to use the drive through. Somehow he got busted and told to come inside to place and order. 20 minutes later we were back wheelying down the street to Cattus and took the ride all the way out to the bay to enjoy the sites..and there were sites to enjoy that day… After we stopped at the beach for a group shot, everyone busted back out and headed down the trail across Fischer again and over to Skyview for a small dirt jump session, which promptly wore our old arses out…well OUR old butts but stalwart young OS afficienado Freedo was busting loose all over the dirt, might have something to do with the big age gap between us all, LOL.

The session wound down so we headed back to Marsface’s place to say the goodbye’s and plan for the next get together. All the guys who go out of their way to make these kind of events happen should be totally commended for preserving the past of BMX and giving all us guys who just like to get out and have some laughs on our BMX bikes a place to make that happen. Big thanks to Mike for opening his doors to the BMX community and for all the BMXers who come out to support these events.

I don’t care what people say, BMX is here to stay…